Support the Families of the Potong Tea Garden

In June 2017, a strike spread across Darjeeling, India and closed the entire region for 104 days. The motivation was political- a fight over identity, sovereignty, independence. In August we wrote about the fight for Gorkhaland, a movement to separate Darjeeling and surrounding areas (parts of Dooars and Siliguri) from the State of West Bengal to create an independent new state.

Caught in the middle were tea gardens, workers,and small farmers- including Potong, a long-term partner of Equal Exchange. Potong is a tea garden that is collectively run by its workers- one of the very few examples of an alternative to the traditional top-down plantation model. Potong has 350 workers and a total community size of approx 2,000 people. Learn more about Potong here and here.

The shutdown of the region and of the entire tea sector means that the farmers and families at Potong made a small fraction of their normal income during harvest season- about 40% of the previous year. And with winter in full swing, the tea bushes are dormant and there is no leaf to sell. The families are looking for support for food and basic necessities to get them through this very difficult period.

Here’s a note from our partner Tea Promoter India (TPI):

The Regional shut down of  Darjeeling for 104 days affected the entire population.  Most vulnerable were the daily wage earners in tea gardens and also those connected with the tourism industry like cooks, drivers, waiters etc. all of whom had to bear the brunt.  People had to dip into their savings and sustain themselves with prices of all essential commodities going up sharply.

Potong Tea Producers too had to endure the hardship. This long shutdown during the peak harvesting period was the first time anything like this happened in the 150 years of the Tea Industry. The next harvest starts around end March 2018 so the Potong producers are now looking at 3 months of tough times to manage. TPI is working closely with the Potong Tea Workers Welfare Committee (PTTWC) to negotiate through these winter months so that the PTTWC members and their families can resume and continue a normal life. TPI is grateful to their long term partner Equal Exchange for promptly coming forward and extending their full support to the PTTWC & TPI model.

The total financial support needed to get through winter is $90,000, about $250 per family. By adding a premium on top of an existing pre-order, Equal Exchange sent $30,000 in funds a few weeks ago. We are also waiting to see if there are additional funds that we can send as charitable contributions from our 2017 financial year.

We are reaching out to you and our network to ask for contributions toward this effort.

Below are two pictures we received from Potong. We were only able to get a few pictures from the ground (apologies for the quality). Because the strike meant no work was allowed, the tea garden has become overgrown. The tea bushes themselves need constant maintenance without which the leaf growth becomes inconsistent and quality is reduced. On top of that, other weeds and grasses have taken over. The first two pictures are what the bushes look like today. The third picture is back in 2012. 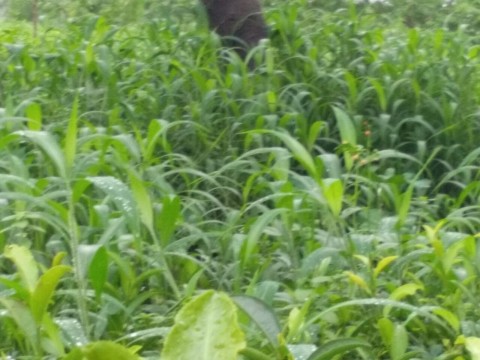 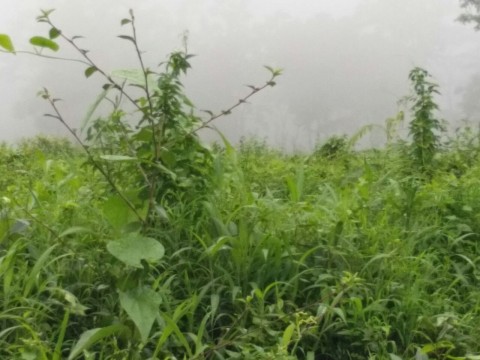 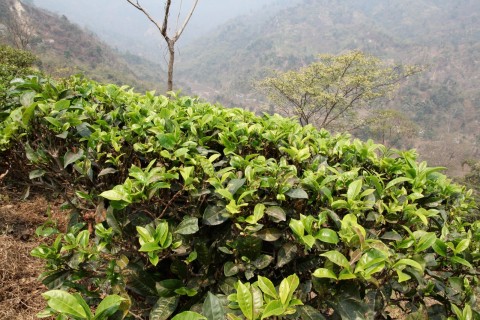