A visit to Cooperativa Zacarias Padilla

On Wednesday, February 13, a delegation from Equal Exchange and the Unitarian Universalist College of Social Justice (UUCSJ) arrived at Cooperativa Zacarias Padilla in the coffee-growing village of Quibuto in the mountains of northern Nicaragua.The Zacarias Padilla cooperative, founded in 1992, has 61 members: 18 women and 43 men. It's a "primary-level" co-op; members market their coffee through the secondary-level PRODECOOP, which serves as processor and exporter for small-farmer groups. 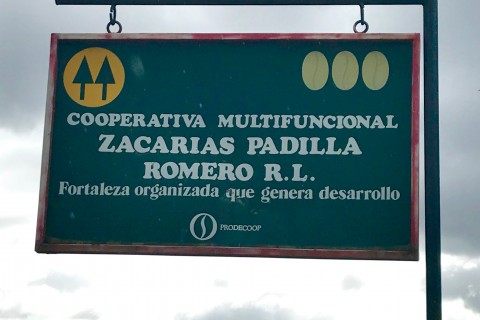 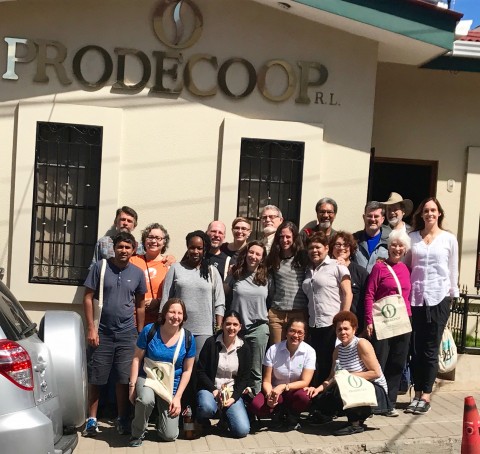 Farmers Working Together Against La Roya

The village of Quibuto, accessible only by a winding dirt road through the mountains, perches on a steep slope looking out over a deep valley. The coffee trees grow high on the hills, on land that’s accessible only to the fit and flexible (Peter had to be helped from behind).

In recent years, cooperative members have worked together to overcome the devastating effects of the coffee rust fungus (la roya), a disease which has attacked coffee trees throughout Latin America.

During our visit, we learned that co-op members and their families are just now starting to recover from the most recent outbreak of la roya. The disease decimated their coffee trees and brought food shortages to a community that has spent decades building up their cooperative and working toward a measure of prosperity. During our group’s conversations with leaders, we learned about the challenges posed by la roya and the community’s pathway to recovering from it. Some of the strategies we learned about included  replacing affected trees, enriching the soil, and developing new types of organic bio-fertilizers. The costs have required some producers to take out loans, which have made the road to recovery that much more difficult. 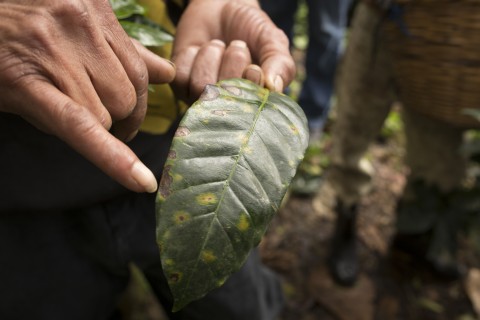 The farmers relayed the importance of receiving credit, technical assistance, and support from Zacarias Padilla and from  PRODECOOP. One of our delegates learned from her homestay family that the community has also received significant support from Catholic Relief Services (CRS). 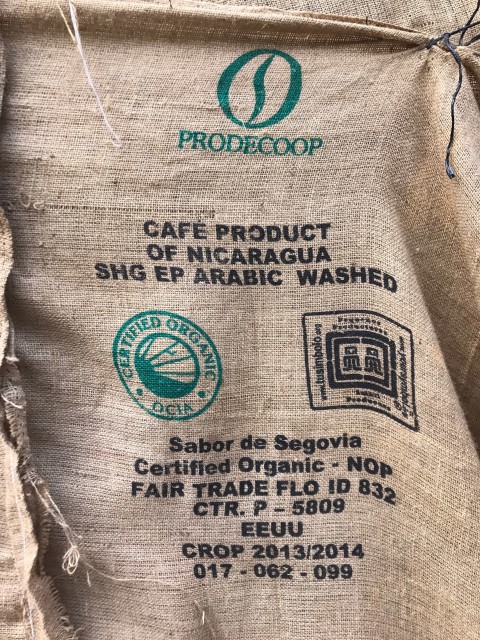 Fair Trade Cooperatives and The Price of Coffee

PRODECOOP sells its members coffee any way it can, for the best price it can get. A little under half is sold through the Fair Trade system, the rest to commercial buyers. Equal Exchange is one of two buyers of PRODECOOP that certifies with the Small Producers’ Symbol (SPP), a “Fair-Trade-plus” certification run by, and working exclusively with, small farmer cooperatives. The SPP minimum price for coffee is about 30¢ a pound higher than the conventional Fair Trade minimum. 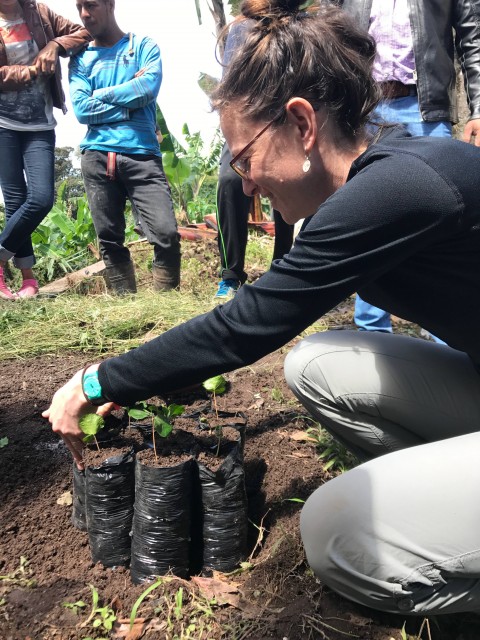 Individual farmer-members receive a price per pound for their coffee based on averaging the aggregate payment PRODECOOP receives for every member’s coffee. This includes SPP-certified buyers, Fair Trade buyers and commercial buyers. Averaging the price is a matter of some debate and is discussed at length between the farmers and the delegates. Some farmers believe they should receive a higher price if their coffee is sold to SPP or Fair Trade buyers; others agree with the majority opinion of PRODECOOP’s member co-ops, that the aggregate proceeds of a season’s coffee crop should be shared equally. 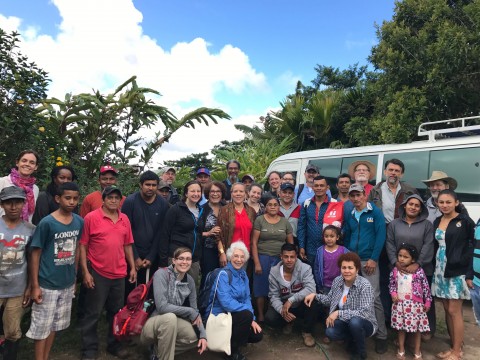 The visiting delegates stayed a couple of nights with host families. I stayed with Norlan Perez, his wife Miguelina, and his family of three children, a daughter-in-law and a grandson. They welcomed me into their home, giving me their own bed, despite my protests. Other delegates were staying with neighbors in a little barrio where Norlan and some of his friends and relatives live right next to each other.

On the second day of our stay, the delegates were scheduled to help out with work on the farm or around the house. Norlan’s task that day was to deliver a load of his coffee down to the town of San Juan del Rio Coco, 10 kilometers distant. It was a good opportunity to see the countryside—and a town with a great name—outside the protective cocoon of the delegation. Norlan and a neighbor loaded up about 420 kilograms of coffee in sacks in the back of a little Toyota pickup. Norlan made me ride in the cab with the driver while he perched on the bags. We headed off down the winding dirt road to the bottom of the valley, then up out of the valley—in compound-low gear and four-wheel drive—to a paved road for the last couple of kilometers.

San Juan is a couple of streets wide, with several cross streets. It is the home to six or seven coffee purchasing warehouses, including the Beneficio de Café PRODECOOP, the receiving station for PRODECOOP’s member communities in this district. 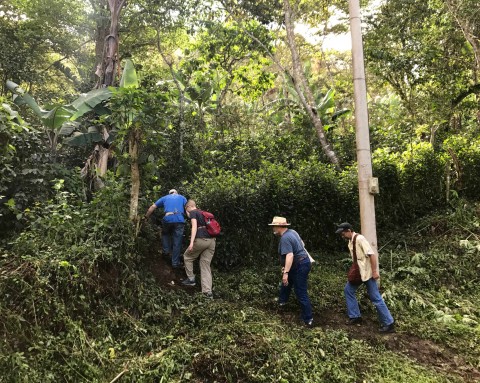 We backed up to the entrance of the PRODECOOP warehouse and several young men in back-support belts, using a practiced two-person combination lift-and-throw, hefted our 60-kg (132-pound) sacks high on their backs and schlepped them (there’s no other word) across the warehouse to a pallet marked “for Zacarias Padilla.” Norlan collected his payment for the coffee and we drove to the main street to pick up a couple of items for the farm. While I was waiting for Norlan to finish his errands, a white truck with the CRS logo drove by—it was nice to see my friends at work in this corner of Nicaragua.

The last night of our visit was given over to revelry, starting with a clever parody of the adults—both visitors and residents--by a group of students delighted with the opportunity. The delegation had been informed that we were expected to present a skit, and that it should be clever and humorous. The most humorous topic we could think of was our own befuddlement at the swarm of coffee- and land-terminology that had flown around our heads during the long meeting the night before: “manzanas”, “pergamino”, “hectares”, “café de oro.” In the skit, we  expressed our confusion with a loud, incoherent conversation illustrating how little we understood about cultivating and processing coffee. Gathered with the farmers and their families, we enjoyed an evening filled with music, dance, laughter, and expressions of gratitude about the fruits of  authentic fair trade and friendship. 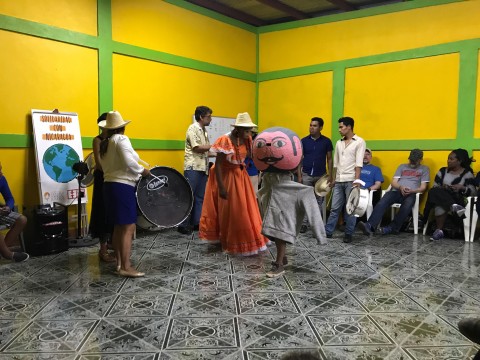 We left the next day, better informed, a little tired, sorry to be leaving new friends, laden with more questions, and ready to visit the next step in the coffee production chain: PRODECOOP’s beneficio (dry processing center) in Palacaguina.